We Can and Must Do Better 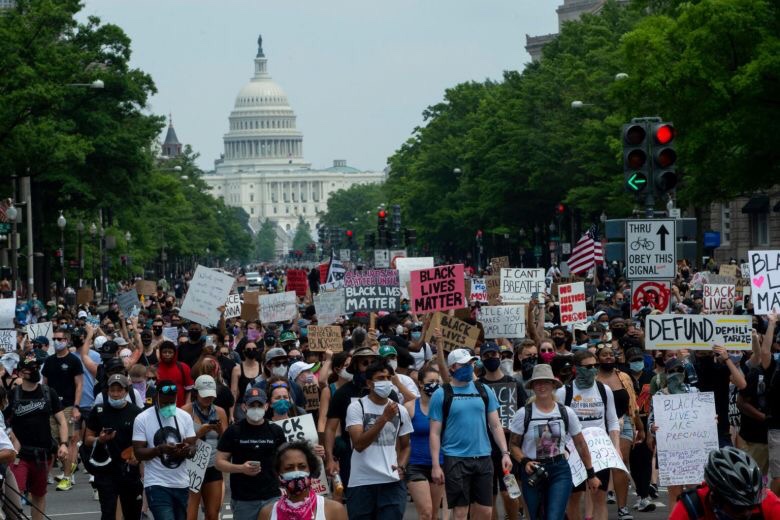 As COVID-19 rages on and future pandemics lie in wait; as ecosystems collapse, homes and businesses are destroyed, and poverty and disease spread; as surveillance capitalists go unchecked and industrial complexes continue to possess far more power than consumers, the collective impact is a widening inequality leading, unsurprisingly, to increasing social unrest.

The 2020 pandemic triggered a recession that has exacerbated a rich-poor income gap that was already, in 2019, noted by the U.S. Census Bureau to be at its widest level in 50 years. While two-thirds of U.S. total wealth is owned by the wealthiest 5%, another 38 million Americans are living in poverty. More than 29 million are now collecting unemployment benefits, while the net worth of the more than 600 billionaires in the U.S. has grown by about 20% this year.

COVID also cuts a significant racial divide; as with any national economic crisis, the pandemic has only magnified racial disparities. Black households have just 10% of the net worth of white households; for Latinx households, the figure is just 12%. Black and Latinx Americans’ unemployment rates remain higher than those of White Americans.

In addition, Black people are being disproportionately infected with and impacted by COVID-19. Nationwide, they are dying at a rate 2.3 times higher than white people. (For more details on the pandemic’s disproportionate fatality rate among BIPOC Americans, see the COVID Racial Data Tracker.)

Furthermore, this article notes that more than half of “essential workers” are BIPOC Americans, who also make up the majority of those employed by food, agriculture, and industrial, commercial, residential facilities and services. “These essential roles,” the writer states, “tend to attract people who have been systemically disadvantaged from an academic perspective—those who haven’t had the opportunity or privilege to attend a higher institution, or who immigrated here to America. According to the Economic Policy Institute, nearly 70 percent of essential workers do not have a college degree. Thirty percent of essential workers have some college or a high school diploma. One in 10 have less than a high school diploma.”

Climate change alone is already hitting poorer people the hardest, devastating the living conditions, health, and job prospects of individuals who were already suffering. However, if unhindered this spreading ecological collapse will eventually undermine everyone. How do you maintain an economy, run a company, and find available, skilled employees when natural disasters continue to wipe out infrastructure, health problems proliferate, and mass dislocation overwhelms the country with even more immigration challenges?

Surveillance capitalism manipulates and addicts, making life harder for people already struggling economically, physically, and emotionally. Industrial complexes ensure that these same people find decreased chances year over year of ever closing the gap between themselves and more prosperous, privileged Americans. And draconian prison sentencing guidelines that drive mass incarceration, and excessive use of police force, inflict even more devastation on populations of individuals already battered by the four dovetailing forces I’ve been discussing in this article.

To make matters worse, millions of White Americans, the most privileged caste in the U.S., continue to blame BIPOC for their own problems and support racist politicians and policies. These White persons span the socio-economic gamut; some live much better than others, but too many remain united by their disdain, conscious or unconscious, for those with different skin tones, ethnicities, or beliefs.

Regardless of race, when you take away someone’s job, health, home, status, and safety, that person can’t even begin to reach the bottom layer of Maslow’s Hierarchy of Needs. To paraphrase the French philosopher Rosseau, such persons are born free but everywhere across America they are “in chains.”

We’re shouting at each other, bombarding one another with information that may or may not be accurate. But there’s so little wisdom and compassion. There’s such a dwindling sense of community in the un-United States of America.

We can and must do better.