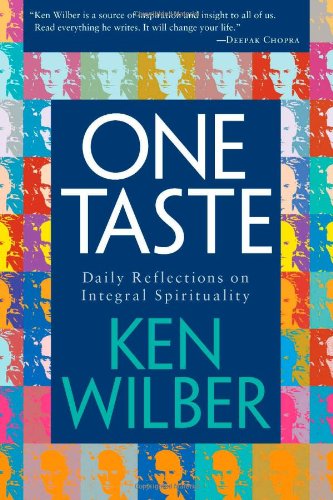 Yesterday I exercised briefly at the hotel before enjoying the sunny breezes and beauty of Orange County for a few final hours. I had a couple of work meetings at the local office that were inspiring, and headed to John Wayne Airport excited to be going home after being gone since early Monday. Inside the terminal I ate a turkey melt sandwich and drank a tasty vodka lemonade, which went well together.

I’ve swam back into the depths of Ken Wilber’s brilliant mind this week, re-reading his 2000 book A Theory of Everything: An Integral Vision for Business, Politics, Science, and Spirituality. I was underlining key phrases I’d already highlighted years ago, and euphoric at again experiencing the dynamic of gleaning fresh insights from a book on a second go-around.

Here’s how one reviewer has described Wilber’s talent and impact on others:

“Wilber’s approach is the opposite of eclecticism. He has provided a coherent and consistent vision that seamlessly weaves together truth-claims from such fields as physics and biology; the ecosciences; chaos theory and the systems sciences; medicine, neurophysiology, biochemistry; art, poetry, and aesthetics in general; developmental psychology and a spectrum of psychotherapeutic endeavors, from Freud to Jung to Piaget; the Great Chain theorists from Plato and Plotinus in the West to Shankara and Nagarjuna in the East; the modernists from Descartes and Locke to Kant; the Idealists from Schelling to Hegel; the postmodernists from Foucault and Derrida to Taylor and Habermas; the major hermeneutic tradition, Dilthey to Heidegger to Gadamer; the social systems theorists from Comte and Marx to Parsons and Luhmann; the contemplative and mystical schools of the great meditative traditions, East and West, in the world’s major religious traditions. All of this is just a sampling. Is it any wonder, then, that those who focus narrowly on one particular field might take offense when that field is not presented as the linchpin of the Kosmos?”

Wilber referenced a previous book, One Taste, that was based on him keeping a daily journal of his activities as well as his thoughts and observations. I downloaded that in between flights and devoured the first 10 percent during most of the three-hour flight from Phoenix to Nashville. I’m now inspired to journal more, and to share such journaling in real time on this blog page. The approach of reflecting on what’s been happening in my daily routine seems, at least so far, to produce content that is more emergent as compared to trying to pick a topic to write about and ensure I’m touching upon certain categories.

A funny thing happened in the midst of enjoying One Taste. I had to get up and use the restroom, which I hate doing on planes because I think everyone is watching me. After leaving the restroom, I hurried back down the aisle to my aisle seat. I was only five or so rows back, but the arrival back in my “seat” still seemed too quick. I suddenly noticed that my stuff was no longer in front of me, and when I glanced at the man to my left I realized it wasn’t the same guy I’d been sitting next to for the previous two hours. Laughing, I hopped back up and proceeded two more rows to my actual seat, where I enjoyed a good laugh at my expense with my official seat mate.

Sometimes we’re in such a hurry to get somewhere that we end up in the wrong place. Wilber writes in One Taste:

“Let it start right here, right now, with us—with you and with me—and with our commitment to breathe into infinity until infinity alone is the only statement that the world will recognize. Let a radical realization shine from our faces, and roar from our hearts, and thunder from our brains—this simple fact, this obvious fact: that you, in the very immediateness of your present awareness, are in fact the entire world, in all its frost and fever, in all its glories and its grace, in all its triumphs and its tears. You do not see the sun, you are the sun; you do not hear the rain, you are the rain; you do not feel the earth, you are the earth. And in that simple, clear, unmistakable regard, translation has ceased in all domains, and you have transformed into the very Heart of the Kosmos itself—and there, right there, very simply, very quietly, it is all undone.”