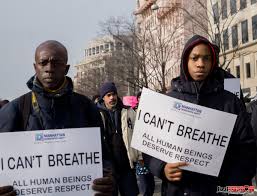 One of the major reasons why excessive use of police force continues to be a problem is that the “average person” doesn’t know how to begin doing something meaningful about it.

According to Mapping Police Violence, as of late September U.S. police officers have killed 826 people during 2020. Annual data reveals that approximately 1,000 people are killed by police year over year, and nearly 60 percent of those victims do not have a gun and aren’t involved in activities that typically necessitate police involvement.

Furthermore, Black people have been 28% of those killed by police since 2013 despite being only 13% of the population.

Across the U.S., policies governing police department operations often fail to include common-sense limits on police use of force. The impact of these policy shortcomings is, as we’ve seen, loss of life, severe injuries, families shattered, futures ended, and an ongoing, widening trust delta between police and communities–especially impoverished communities and those predominantly Black or Latinx.

What can be done to stop this tragedy? First and foremost, defund the police.

There’s widespread misperception regarding what “defunding” means. It means restructuring local and state budgets to reinvest in healthcare, employment, education, and housing. It does NOT mean stripping police departments of all their funding.

To become informed about and help support these efforts, start by researching how much of your city’s budget goes toward police. Then, lobby your lawmakers to reallocate that spending toward healthcare, education, and housing.

You don’t have to figure this out on your own. The Leadership Conference on Civil and Human Rights has created a toolkit with resources and information for how to get involved in such efforts, and I’ve posted some additional resources below.

While defunding is the most thorough and sustainable solution to the culture of excessive police force, there are numerous, immediate steps that “traditional” police departments must take.

Campaign Zero, through its Police Use of Force Project, has reviewed police department use of force policies in 97 of the 100 largest U.S. cities (see this database). The group found that several specific, more restrictive use of force policies are associated with fewer police-involved killings:

Tragedies such as George Floyd’s death will continue to make news until there is across the board police defunding and immediate, meaningful policy changes, which requires a critical mass of Americans–including white Americans–influencing leaders at all levels of government.

More specifically, I embrace and recommend these five action steps to drive the defunding and immediately needed changes identified above:

Advocating to successfully end excessive use of police force is a long game, a marathon that requires a lot of strategy, self-care, and support from others. A key part of my own self-care and ongoing personal growth is practicing the “Five Mindful Trainings,” derived from Buddhist teachings and compiled by Vietnamese Zen monk and activist Thich Nhat Hanh and summarized here by me: