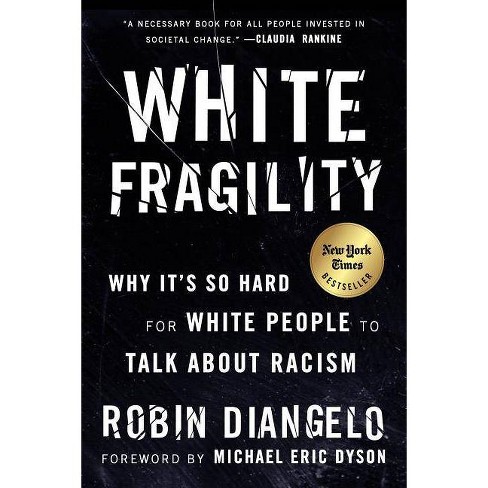 “We might think of whiteness as all the aspects of being white,” Robin DiAngelo writes, “aspects that go beyond mere physical differences and are related to the meaning and resultant material advantage of being defined as white in society: what is granted and how it is granted based on that meaning. Instead of the typical focus on how racism hurts people of color, to examine whiteness is to focus on how racism elevates white people.”

Slowly waking up from the hazy dream of white privilege feels like catching a ride share into a strange, unfamiliar city, wearing a backpack filled with tools you didn’t know existed and are clueless on how to use, absent any type of instruction manual.

Through her book White Fragility: Why It’s So Hard to Talk to White People About Race (Beacon Press, 2018), DiAngelo, a consultant and trainer on racial and social justice issues for more than 20 years, serves as both the ride share driver and the manual. DiAngelo meets white people such as myself where we’re at: infected by racism while unaware of the symptoms, mostly blind to the privileges we didn’t know we had even while leveraging them and benefiting from them each day, and she skillfully nudges us into increasing discomfort while revealing that comfort itself is highly overrated and ignorance is anything but bliss.

DiAngelo provides context for both the origins of white supremacy and how it has continued to adapt and manifest throughout crucial milestones in our country’s history. She exposes common white thinking errors such as the “good people/bad people binary,” and gives real examples, from her work, of racial triggers for white people and what white fragility looks like in action.

Most importantly, DiAngelo offers those tools in the context of how to use them, with detail and specificity. One partial example, offered late in the book after the author has helped white readers prepare to think, act, and talk differently in this strange, new city, is how to respond with openness and humility when receiving feedback that our words or actions created pain or discomfort for a person of color: