Book Review: We Were Eight Years in Power 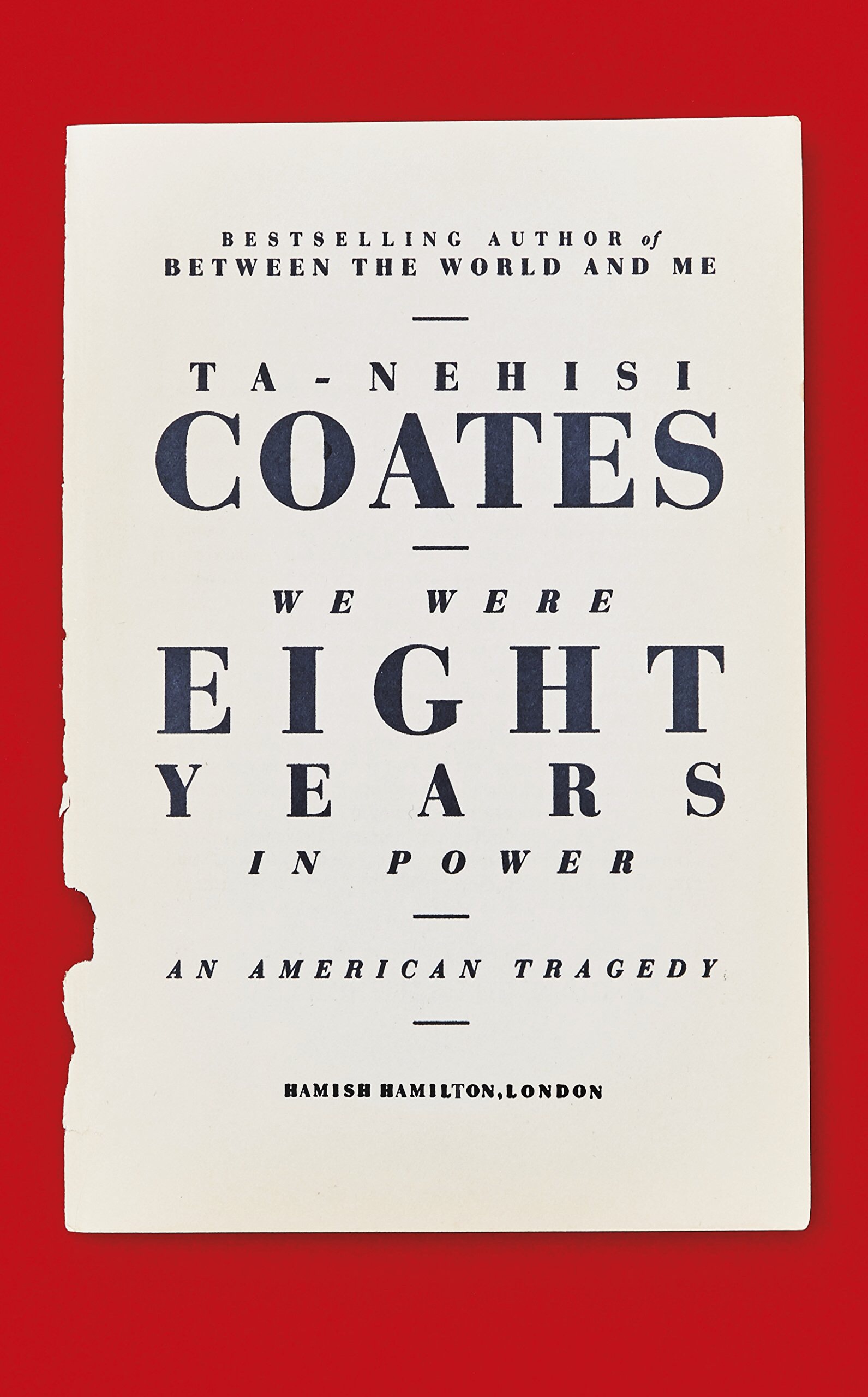 “We were eight years in power,” said South Carolina congressman Thomas Miller in 1895, as white politicians, falsely accusing Reconstruction’s Black leadership of corruption and incompetency, passed new laws that fully restored white supremacy. “We had built schoolhouses, established charitable institutions, built and maintained the penitentiary system, provided for the education of the deaf and dumb, rebuilt the factories. In short, we had reconstructed the State and placed it upon the road to prosperity.” 

It’s hard to imagine a writer so precisely and devastatingly capturing the parallels between the white backlash of the late 1800s, and the dynamics of “post-racial America” during the Obama Era, than one such as Ta-Nehisi Coates, who eschews racism and assimilation while demonstrating what antiracism truly looks and sounds like.

Coates rose to fame during the Obama Era through his thought-provoking essays in The Atlantic and his 2015 bestseller, Between the World and Me. In We Were Eight Years in Power: An AmericanTragedy (BCP Literary, 2017), Coates gradually unveils his personal biography, provides in depth historical context on systemic American racism, and writes eight new, reflective essays that introduce corresponding Atlantic pieces for each of Obama’s eight years as President–pieces that often criticized the sitting President, who met with Coates at the White House on a few occasions.

“In short, Obama, his family, and his administration were a walking advertisement for the ease with which Black people could be fully integrated into the unthreatening mainstream of American culture, politics, and myth,” Coates writes. “And that was always the problem… when it becomes clear that Good Negro Government might, in any way, empower actual Negroes over actual whites, then the fear sets in, the affirmative-action charges begin, and birtherism emerges. ”

Coates concludes the book with an epilogue exploring the election of Donald Trump, titled, “The First White President.” He writes, “The scope of Trump’s commitment to whiteness is matched only by the depth of popular intellectual disbelief in it… it does not take much to imagine another politician, wiser in the ways of Washington, schooled in the methodology of governance, now liberated from the pretense of anti-racist civility, doing a much more effective job than Trump.” 

Looking forward, Coates adds, “What is needed now is a resistance intolerant of self-exoneration, set against blinding itself to evil – even in the service of warring against other evils. One must be able to name the bad bargain that whiteness strikes with its disciples – and still be able to say that it is this bargain, not a mass hypnosis, that has held through boom and bust.” 

Just below is a hyperlinked list of the eight Atlantic articles, which are republished in We Were Eight Years in Power. While each essay is complete and transformative in its own right, you’ll gain a much larger narrative and dozens of new insights through reading the full book. This book, and the numerous titles I’ve read since finishing it, made me somberly aware of how little I’ve understood about the history and experience of Black Americans.

“This is How We Lost to the White Man”

“Why Do So Few Blacks Study the Civil War?”

“The Legacy of Malcolm X”

“Fear of a Black President”

“The Case for Reparations”

“The Black Family in the Age of Mass Incarceration”

“My President Was Black”